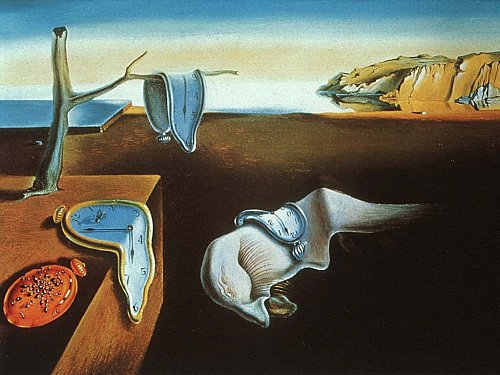 Doing something for the very first time

With youth there is a confusion (or is it simply a blurring of distinctions?) between the excitement of doing something for the very first time in your own life and the belief that your generation is the only one or the first one ever to be doing this.  For this reason song lyrics, from whatever decade you were young, become a haunting soundscape to that excitement and that embarking on adventure with your peers.

There is an extraordinary vividness about the first days, at school, at college, at work.  The autumn weather, thinking about the first books you encounter in the first days of college while waiting at bus stops, going for coffee or drinks or to parties with your new friends.  Every autumn brings that time back.

It’s not a dress rehearsal

As we grow older, cliché heaps upon annoying but truthful cliché: youth is a wonderful thing, it’s a pity it’s wasted on the young; life is short; it goes by in a blink; you don’t appreciate it at the time; our children are only loaned to us, ars longa, vita brevis…

It used to be that Christmas, Hallowe’en, Easter, would slow the passage of time down to something cyclical and seasonal.  Old traditions, watching the bulbs push up at the beginning of February, local ones like ‘putting the summer on the door’ at the beginning of May, would momentarily halt the accelerating weirdnesses of modern day life, the compulsive checking and rechecking of mobile phones, writing emails while answering the door or the telephone, worrying about young people sexting or getting caught up in bubbles of unreality; all the rush would cease when these old traditions would butt in reminding you to come back to earth, to connect with the changing light and vegetation, to accept life cycles along with all the other living and inanimate beings on the small planet.  The seasons were a truce from the relentless weekday commuting alternating with weekend recovery, from timetables, terms and deadlines and the obligation to earn a crust or to succeed.  But now, with late middle age there seems to be nothing new under the sun. Cyclical time comes around ever faster so that each Christmas blurs into the last one, or was it the one before.  ‘How’s work going?’, they ask. ‘Oh, same old, same old’, you reply.  Cyclical time is itself becoming linear, barrelling along and spiralling into a future that is coming up too fast.

Break out of stale habits

A nineteen year old gave me good advice last week: try to think of the things you want to do, rather than quantifying the passage of hours, days, weeks, years.   I resolve to break out of habits, do something new or different every day, learn something new every year.  Apparently time does get faster as you get older, according to psychologists (however they manage to measure this, maybe it’s something to do with the automatic pilot of learned behaviour).  It is a good thing that I cannot end this reflection, that there is still time to do some things anew.

What we call the beginning is often the end
And to make an end is to make a beginning.
The end is where we start from

This is a text widget. The Text Widget allows you to add text or HTML to your sidebar. You can use a text widget to display text, links, images, HTML, or a combination of these. Edit them in the Widget section of the Customizer.
Loading Comments...
%d bloggers like this: